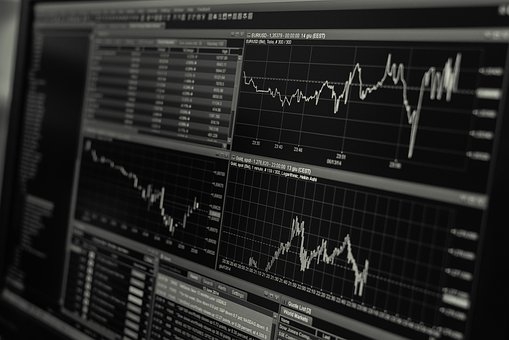 In our latest monthly investment update for August 2020, we take a look at how the global investment markets, economy and commodities are performing.

Later this week, the Bank of England will publish its latest forecast for the economy, which should give investors a better indication of its likely direction of travel.

Banking group HSBC issued a profits warning following bad debt charges more than halving its earlier estimates to $13 billion this year. The bank warned that its capital reserves could deteriorate due to the pandemic and the heightened geopolitical risks it faces in the second half of the year.

The latest IHS Markit/CIPS manufacturing purchasing managers’ index (PMI) reported a reading of 53.3 in July up from 50.1 in June. An index reading above 50 indicates that the sector is expanding.

IHS Markit director Rob Dobson said: “Despite the solid start to the recovery, the road left to travel remains long and precarious. An extended period of growth is still needed to fully recoup the ground lost in recent months.”

Housebuilders were given a boost by government plans to ease planning restrictions, allowing some developments to take place automatically. Housing Minister Robert Jenrick explained, “We are introducing a simpler, faster, people-focused system to deliver the homes and places we need.”

A new “permission in principle” approach to planning applications will be balanced with appropriate checks, in some parts of the country.

Diners in the UK can take advantage of the ‘eat out to help out’ scheme to get a 50% discount on their meals this month, when eating at restaurants on Mondays, Tuesdays and Wednesdays. More than 72,000 venues have registered for the scheme which allows a discount of up to £10 to be applied to food orders, excluding alcohol.

There are fears that the continuing trade war between the US and China could overflow into the UK. The US is considering sanctions against 11 Chinese companies which places the UK in a difficult position, needing to choose between two major trading partners.

Professor Adrian Pabst, Deputy Director for Social and Political Economy for the National Institute of Economic and Social Research has warned that US sanctions against China in this way could result in a significant hit for the UK economy.

China’s ambassador to the UK has warned against allowing “cold war warriors” to damage relations between Beijing and Britain.

On the bond markets, traders are pricing in a 10 basis point interest rate cut, to zero, by March 2021. Bond yields have fallen below zero to eight years out, with real yields, discounting price inflation, at just above record lows.

The Bank of England’s monetary policy committee may need to take extreme action to shore up the economy, in the case of a second spike in coronavirus cases and the end of the Brexit transition period on 31st December.

Banks are reportedly drawing up contingency plans for negative interest rates, including the possibility of having to pay borrowers who have variable-rate mortgages. Such a payment would require a change to existing terms and conditions.

Recent analysis by the EY Item Club, which uses the same economic modelling as the Treasury, forecast that the UK economy might not fully recover until 2024. They forecast a rise in unemployment from 3.9% to 9%, and a decline in the size of the UK economy of 11.5% this year.

Mark Gregory, UK chief economist at EY, said: "Unsurprisingly, without hard data, a wide range of views on the performance and outlook for the UK economy emerged."

Higher prices for clothes, footwear and computer games offset falling prices for food, hotels and restaurants. Inflation remains below the Bank of England target of 2%.

House prices rebounded in July, according to the latest Nationwide house price index. The average price of a home rose by 1.7% last month, compared with a 1.5% fall in June.

Activity levels in the housing market were boosted by pent-up demand for transactions and the introduction of a stamp duty holiday. Nationwide warned that the bounce-back could prove “to be something of a false dawn.”

The benchmark 10-year government bond (gilt) yield fell to 0.108% at the start of August, with investors continuing to seek the relative safety of this asset class.