Can property wealth rescue your retirement? 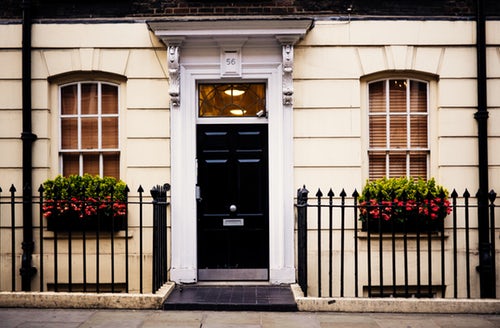 My property is my pension is a phrase we often hear as financial advisers. Does this stack up?

This defence against low pension savings levels, or objection to making sufficient retirement provision within a pension pot, could be justified for some. But for others, there is a big gap between what they believe their property can provide in later life and the reality of its true value in their retirement.

Property is an important consideration in retirement, because more than three-quarters of pensioners own their own home. This combined with a pension shortfall is making equity release a popular choice for a growing number of retirees.

But new research from insurer Royal London suggests that, for most retirees, housing wealth is unlikely to be enough to rescue their retirement, by overcoming the issue of inadequate pension savings.

The research - ‘Will Housing Wealth Solve the Pensions Crisis?’ - concludes that the challenge of 12 million people not saving enough for their retirement cannot be solved by assuming the shortfall will be met with property wealth.

Using data from the ONS Wealth and Assets Survey, Royal London looked at the pension income and housing wealth of nearly 7,000 pensioners across the country.

In particular, they examined how far those with poor pensions are sitting on significant amounts of housing equity.

Within the report, one key finding was that whilst those with the highest pensions are almost all homeowners, around a third of the poorest pensioners are still renting in retirement and have no housing equity to draw on.

This finding is important because it suggests a correlation between those who could benefit most in retirement from tapping into their housing wealth and those who don’t own property from which to release equity.

The research also found that the people with the most housing equity tend to be the same people who have the highest pensions. Amongst the poorest fifth of pensioners, the average housing equity is only around £150,000, compared with just over £400,000 for the richest fifth.

There is a significant exception to this rule. Lower income pensioners who may have a worthwhile amount of housing equity were found in London and the South East, particularly those who benefited from the ‘right to buy’ their council house back in the 1980s and 1990s

Some divorced pensioners and some widows as well as those with inherited wealth may also be exceptional in combining modest pensions with meaningful amounts of housing equity.

As we might expect, average housing equity levels amongst retired pensioners vary greatly depending on geographical location.

Despite pensioners holding significant levels of housing wealth in some cases, it’s important to keep in mind that equity release providers often limit what they are prepared to lend to around a third of the value of the property.

This is because equity release policies come with a ‘no negative equity guarantee’, which means equity release providers want to make sure the borrower retains a sizeable amount of equity at the start of the policy, to allow for compounding interest charges and longer life expectancy in retirement.

An alternative way to access housing wealth in retirement is to downsize to a smaller and cheaper property. However, Royal London concluded this option is unlikely to be attractive for most retirees.

This is because the supply of ‘step down’ retirement accommodation is limited and often expensive, reducing the amount that can be freed up by downsizers.

They also pointed out that newly retired families are also often reluctant to sell up and move away from networks of families and friends, and may not want to eat into housing equity that they plan to pass on to their children.

Commenting on the findings, Steve Webb, Director of Policy at Royal London said:

“Official figures suggest that around 12 million people of working age are not saving enough for their retirement. It might be tempting to think that as long as such people are homeowners in retirement then they can top up meagre pensions by using the value of their home. But this research shows that even owning a home is not a ‘get out of jail free card’ for those with poor pensions.

“Many of those with low pensions also have relatively small amounts of housing equity, and lenders will often lend only a small percentage of the value of your home.

“Whilst using housing equity will help some groups of poorer pensioners, particularly in London and the South East, for most there is no substitute to building up a decent pension for a comfortable retirement”.

It’s never too late to start saving for a meaningful retirement fund. Contact Kellands if you would like to discuss your retirement planning and how your property wealth could be factored into this planning.

People are turning to artificial office noise to help them while working from home during lockdown.

The fast food giant is suing Steve Easterbrook, claiming he lied about four relationships with staff.