What will a trade war mean for investors? 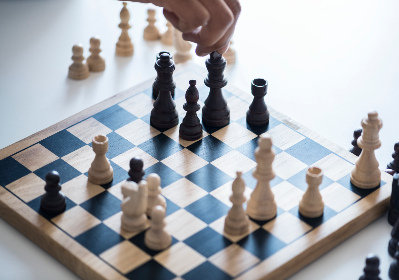 For quite a while now, there has been talk of a trade war between the US and China. However, it’s now starting to look serious. So as markets have slipped across the world, what will the long-term impact be on investors?

At the end of last week, Donald Trump produced a list of $50bn-worth of Chinese goods that will be subject to a 25% import tariff. The declared aim is to recoup the annual cost of China’s state-backed ‘theft of US intellectual property’. China retaliated by stating that would also impose tariffs on $50bn-worth of US products. Now Trump is talking about a possible further $200bn-worth to hit with a 10% tariff, stating that these will proceed unless China drops its retaliation plans. Once again, China responded by talking of countermeasures.

Whilst Chinese retaliation to Trump’s tariffs could impact on Ford and GM as well as other US companies, the reality is that China only imported $130bn of goods from the US last year and China’s tariffs on US imports are a good bit higher than America’s tariffs on imports from China. Given that China relies a lot more on selling to the US than vice versa, theoretically the US should come away better off than China.

But what does is all mean for investors? In general terms it can be said that trade wars aren’t good news. Companies rely on sales of either physical goods or intangible services to customers and trade wars effectively cut down the number of potential customers out there for them to reach.

The reality is that a trade war would hurt both economies, but on balance, it will probably affect China more. Having said that, a trade war is unlikely to be good for the US stockmarket, and US voters dislike falling stockmarkets.

Whilst Chinese stocks have already been hit hard, it has also had a knock on effect on emerging markets. This is partly about “risk off”, as investors are not that discriminating. Investors tend to invest in emerging markets when they feel excited and positive about the global economy. When hard times hit, they tend to invest closer to home.

However, developed markets are not immune from the impact, as has been seen by the FTSE100 over the past few days. In a global economy that depends on world trade, it is inevitable that any trade war will impact on all equities to a greater or lesser degree.

On the other hand, it means less competition for domestic companies. Smaller more domestically oriented companies are often seen as a bit of a safe haven in a global trade war, as they make most of their money at home.

Similarly, as equities have fallen, bonds have rallied and could be a decent hedge if the flare up continues.

However, a little perspective would not come amiss at this time. Tariffs on $50bn at 25% would be $12.5bn plus possibly another $20bn on a further $200bn. This $32.5bn is less than 0.3% of China’s GDP in 2017 and less than 0.2% of the US’s. Morningstar has also pointed out that in total, exports to China account for just 0.7% of US GDP whilst exports from China to the US is around 3.6% of China’s GDP. This shows that whilst it is an important matter and is generating a lot of noise, the reality is that it is not big enough to warrant panic in the markets.

Added to this, China is no longer an export-led economy and is now service-led. Ten years ago, net exports were around 9% of China’s GDP. In 2017, this was down to 2%, of which less than one-fifth is at threat from Trump’s tariffs.

So whilst a trade war between the world’s two biggest economies sounds a good reason for market panic, the reality is that the fundamentals are not greatly changed. This of course matters little to investors if despite this, markets fall anyway. Certainly we may see more market volatility.

The position for investors should therefore be to watch the developing situation and to adjust their portfolios accordingly, in line with what is happening but without straying too far from their long-term financial objectives.

Remember, the FTSE100 is still above 7,600 which is 1,500 points ahead of where it was in 2013, when there was not even talk of Brexit, trade wars and the tearing up of global treaties. Taking an even longer view, in June 1986 the FTSE 100 stood at 1,594. Since then the world’s stock markets have shrugged off recessions, two Gulf Wars, 9/11, the dotcom bubble, various emerging market debt meltdowns, and much more besides. Throughout all this, the FTSE100 has continued to climb upwards to over 7,600.

For more information or for help with your investment planning, contact Kellands.

George Floyd: Why are companies speaking up this time?

The outpouring of support for protesters from corporate America is a marked shift.